Prior to joining the Perry Bands in 2010, Mr. Smith taught at Lakota West High School for two years.  His duties there included directing 3 Freshmen  Concert Bands, assisting with the Concert Band, Red and White Symphonic Bands, the Lakota West Symphonic Winds, and the 275 member Lakota West Marching Firebirds.  At Lakota, his groups consistently earned Superior ratings at all OMEA Adjudicated events.  In addition, Ryan served as director of bands at Huron High School for 6 years. 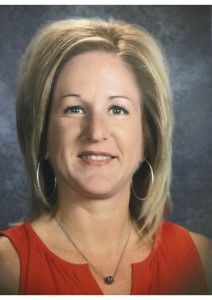 Mrs. Martin graduated cum laude with a Bachelor of Music in Music Education from The University of Akron. In addition, she was appointed Graduate Assistant in Bands at Akron where she earned her Master of Music degree in Music Education in 1999. While at Akron, she had the opportunity to teach and direct several ensembles including: symphonic band, concert band, university band, and marching bands. In addition, she was in charge of all band staff, organized several honors bands, and taught several summer clinics for music educators. Mrs. Martin has received several honors during her career including: The John Philip Sousa Award, Golden Key National Honor Society, Outstanding Graduate Assistant, and honorary membership to Kappa Kappa Psi and Tau Beta Sigma.

Mr. Sterling earned his Bachelor of Music Degree in Trombone Performance from The University of Akron, and continued his education at Akron as the Graduate Teaching Assistant in Band.  During his time at Akron, Mr. Sterling played with numerous student and faculty ensembles including the Marching Band, Symphonic Band, Orchestra, Brass Choir and the Paragon Faculty Brass Quintet.  During his time as the Graduate Assistant in Bands, Mr. Sterling was responsible for directing the University Band, as well as assisting with the Marching Band and guest conducting the Symphonic Band and Concert Band.

After graduating in 2003 with his Masters in Music Education, Mr. Sterling began teaching in the Plain Local School District. During his ten years in Plain, he was responsible for teaching and assisting with bands from grades 5-12.  Mr. Sterling has also taught Freshman Jazz Band, Jazz II, Concert Band, Music Appreciation, Music Technology, and Music Theory.  The Glenoak Concert Band under his direction has consistently received Superior Ratings at OMEA Large Group Adjudicated Events for both the District and State Levels.

Joe holds membership in the Ohio Music Education Association and has served as a site chair for State Large Group Adjudicated Events in the EC Region.  Mr. Sterling is also an active Adjunct Professor at The Kent State Stark Campus, where he teaches applied trombone and euphonium.  He lives in Canton with his beautiful wife Kelli and his two amazing boys, Carter and Jack.

Mr. Greg Wright, an alumnus of Perry, leads the 6th Grade Band as well as assisting with the Perry High School and Edison Bands.  Mr. Wright joined the Perry instrumental staff in 2002 after serving as a Graduate Assistant in marching Band at the University of Louisville in Kentucky. He has additional graduate coursework at Kent State University, The University of Akron, VanderCook College of Music in Chicago, and Malone University. He graduated with honors from Bowling Green State University with a Bachelor of Music degree in Music Education, where he studied conducting with Mark S. Kelly. Mr. Wright attended Bowling Green on a Music Talent Award sponsored by the College of Musical Arts, as well as several academic and music scholarships. He was also active in the National Honorary Band Fraternity, Kappa Kappa Psi, in which he served in the office of Parliamentarian. He also served as Summer Assistant Marching Band Director for Perry for four years during his undergraduate studies. Mr. Wright’s public school teaching experiences consist of one year at McComb Local Schools and two years at Conotton Valley Local Schools. Mr. Wright has been an active member of music Educators’ National Conference and the Ohio Music Education Association throughout his career.

Mr. Darin Good holds a Bachelor of Music Education Degree with a specialization in percussion Pedagogy from West Virginia University. He has been employed as a percussion instructor by The Perry Local Schools since 1998. Mr. Good also has a very extensive private percussion studio. He has led the Perry Percussion Ensemble in performances at the OMEA Convention, February 2007, and the Ohio State Percussion Ensemble Festival, February 2008. In April 2008, he hosted a clinic and concert, at Perry High School, with Bob Becker, xylophone virtuoso. Mr. Good performs in many venues. He is a member of the Tuscarawas Philharmonic Orchestra and the Bethel Temple Praise Band. He has performed with the Canton Concert Band in the percussion section and as a featured soloist. Mr. Good has also played in the pit orchestras, and with country, rock and Dixieland bands.

Mrs. Hollie Rak, Flag Line Advisor. The Flag line has been a part of Perry Marching Band Since the fall of 2002. Their coach, Mrs. Hollie Rak, began spinning flags at Manchester high School and then went on to become a member of the Bowling Green State University Flag Line. Mrs. Rak has been employed by the Perry Schools since 1998. In addition to coaching the flag line, she teaches Biology, Anatomy Physiology and Marine Biology. The Flag Line travels to Fred J. Miller camps every year and they earned top honors in 2004 and 2006. A camp scholarship was awarded in 2005 to a Perry Flag Alumni for her dedication, hard work and determination. Other former members have gone on to participate at the University level as well as other outstanding organizations such as Canton Elite Silver Stars Competition Team.

Mrs. Karla Marsh, Majorette Advisor. Karla is a graduate of Washington high school where she was a majorette for three years with the Massillon Tiger Swing band. Karla started with the Perry Panther Marching band in the 1997. Outside of Perry, Mrs. Marsh works full-time for Emergency Medicine Physicians and teaches private lessons to up and coming majorettes. Karla has taught girls who have twirled for Perry, Massillon, Jackson, North West, Dalton and Tuslaw. She really enjoys working with the band and the majorette line! Prior to Perry, Mrs. Marsh was the Majorette and Flag Advisor for the Timken Senior High School Marching Trojans. Karla also taught baton for ten years at Chris T’s Dance Emporium. During her ten years at Chris T’s, Karla had three competition teams. Two in baton at the Junior and Senior level and also a Pom team. Her three groups competed in several competitions all over the state of Ohio and West Virginia. Karla has had past girls who have twirled at the college level and had girls who participated in competition groups and also competed individually.